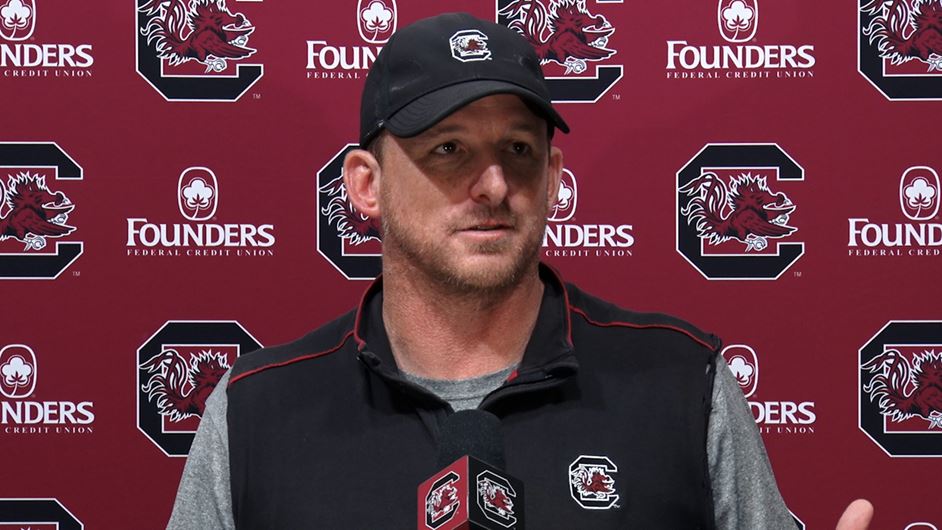 Marcus Satterfield could have run for mayor of Columbia last Saturday night and won in a landslide. The USC offensive coordinator dialed up a game plan for Tennessee that was magnificent, and his players carried out the plan expertly. And the defense came up with enough stops to give the offense a chance to gain separation. It was a great example of complimentary football.

Wednesday afternoon Satterfield and defensive coordinator Clayton White met with the media for the final time in the regular season and had plenty to say about the Tennessee performance and this week’s game at Clemson.


‘What do I have to lose?’ Marcus Satterfield​

View: https://www.youtube.com/watch?v=_qPPJx7bYUU
​
Marcus Satterfield hasn’t had many days like Saturday at least not in his almost two years of calling plays at South Carolina. Satterfield, the Gamecocks’ embattled offensive coordinator, helped South Carolina roll up 63 points and over 600 yards of offense in last week’s win over then-No. 5 Tennessee. It was validation, at least on some level, that South Carolina is moving in the right direction.

“What do you have to lose? What do I have to lose?” Satterfield said on Wednesday in reference to his philosophy heading into the Tennessee game. “Everybody doubts me. Everybody is doubting us having a chance to do anything. Let’s play free and go out there and just let it go. ...If we screw it up, we screw it up. Let’s go out and play, and that’s what we did.” Satterfield has come under fire most of the last two years as the Gamecocks floundered offensively for varying reasons. The 2021 campaign was marred by having to start four different quarterbacks en route to a 7-6 finish and a win in Duke’s Mayo Bowl over North Carolina.

But with the import of ex-Oklahoma quarterback Spencer Rattler and a slew of other weapons, the unit was expected to flourish this fall, or at least look better. It’s been up and down, at best. South Carolina currently ranks ninth in the Southeastern Conference in total offense aided in large part by last week’s performance. It’s also fifth in passing offense and seventh in scoring, but 12th in rushing in the league. Some of that has to do with the recent injuries to top tailbacks MarShawn Lloyd and Christian Beal-Smith. Still, the Gamecocks averaged just 127.5 yards on the ground in games that at least one of Lloyd or Beal-Smith played this year.

This past weekend represented an explosion few, if anyone, expected. South Carolina stomped a Tennessee team that had looked unbeatable this side of No. 1 Georgia. It scored on nine of its 10 possessions that didn’t end either half. Rattler racked up 438 yards on 30 of 37 passing and six passing touchdowns, marking his most prolific day as a Gamecocks by a mile

Perhaps another afternoon of validation for Satterfield is on the horizon. Should South Carolina struggle, the outside ire that followed previous weeks of grim offensive performances will almost assuredly return fair or not.