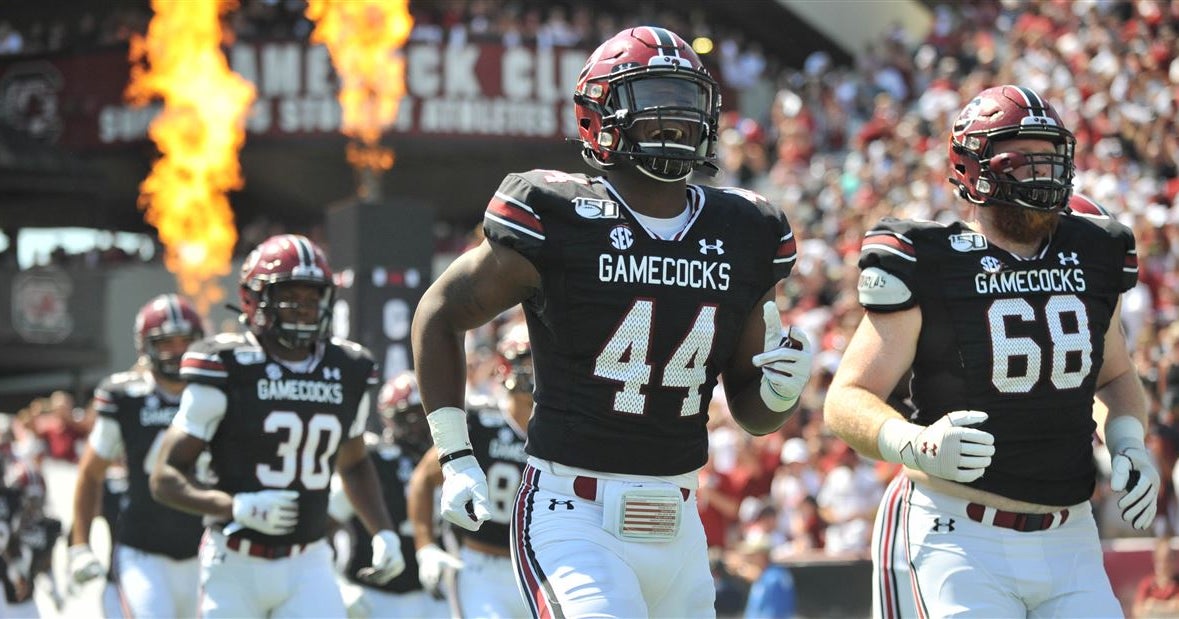 Finding the truth about the Gamecock's offense and separating what's not going to happen
Sept. 20, 2022

The Gamecocks had what you would call a listless afternoon topping off with fans exiting the stands before halftime. Question begs. How much of that was self-induced? Was it Georgia just being Georgia? Let’s separate finding the truth about the offense and what is not going to happen.

It’s no big secret here, the Gamecocks have some major issues on the ground. The Gamecocks averaging lackluster 2.32 yards per touch on its 91 carries over three games this fall. That ranks 125th nationally, 66th out of 69 Power Five conference schools, and 13th out of 14 SEC squads. Not going to win many games. Yes! The Gamecocks are going to throw the ball this year. We know this. A quarterback with the talent of Spencer Rattler necessitates as much. But you still got to be able to run the ball.

That said, South Carolina can’t just rely on Rattler to make things happen. MarShawn Lloyd showed some nice slashing ability against a formidable Georgia front-seven granted, one that boasted a banged-up Jalen Carter in the middle. Take out his three negative runs, and Lloyd averaged five yards per touch on Saturday. That’s a start. Juju McDowell, too, has seen an uptick in his production as the competition has gotten stiffer. He’s averaged 5.56 yards per offensive touch in games against Georgia and Arkansas — up from 3.2 yards per touch in the season opener against Georgia State. The loss to Georgia marked the most productive day of McDowell’s season so far as he finished with 6.5 yards per play on his eight rushes and two receptions.

On the offensive line. After three weeks, the group ranks 118th of 131 FBS teams nationally and dead last in the SEC in blocking efficiency through three games, according to Pro Football Focus. Georgia’s defense is as good as the Gamecocks will face in 2022. Perhaps Saturday proves an outlier. The problem? Arkansas and Georgia State allowed a combined 3.29 yards per rush in their four games against teams other than South Carolina. The Gamecocks mustered just 1.95 yards per carry in those contests. That has to get better.

QB SPENCER RATTLER WILL REMAIN IN THE NUMBER ONE SPOT

Let Shane Beamer be the first to dispel this notion. “Yes, Spencer is our quarterback,” Beamer said after Saturday’s game. “We’ve got to play and coach better. Not just Spencer all of us on this football team.” Rattler has had his moments during his three-game South Carolina career. He’s shown flashes of brilliance see his deep ball to Jalen Brooks against Georgia State or the pass he completed to Jaheim Bell down the UGA sideline on Saturday. Rattler has also tossed at least one head-scratching interception in each of his three starts, and his five picks are the most among the 16 SEC passers averaging 15 throws per game

Some of this was to be expected, given Rattler’s track record. He was equal parts magical and infuriating during his career at Oklahoma. When he’s on, he’s one of the best players in the country. When he’s off? Well, days like Saturday an afternoon in which he completed 13 of 25 passes for 118 yards and two picks happen. However, there is a caveat here. South Carolina had just 99 passing plays of 10 yards or more in 2021. It’s already almost one-third of the way there this fall with 32 through three games. If that holds, it’ll finish the year with just shy of 139 such plays a nearly 40% uptick. Rattler hasn’t been perfect, but he’s made South Carolina’s passing game more explosive. At that base level, the Gamecocks would be hard-pressed to think that continues with one of its backup quarterbacks.

GAMECOCKS OFFENSE NEEDS TO BE BETTER ON THIRD DOWN

Part of the reason South Carolina hasn’t been able to maintain drives is its inability to stay on schedule and, as a result, landing in all sorts of bad third-down situations. The Gamecocks are averaging 8.97 yards to go on third down over their three contests this fall. That amounted to a third-down conversion rate of just 27.03% good for No. 123 of 131 in the FBS and worst among SEC teams. That’s not sustainable. South Carolina hasn’t been completely atrocious on first down, but its season-long stats are buoyed by recording 5.6 yards per first-down play at Arkansas.

Take Saturday’s loss to Georgia as the starkest contrast to date. The Gamecocks averaged 3.4 yards per first-down play. That’s not great. It’s also not awful. The Bulldogs, by comparison, finished the day recording 10.8 yards per first-down play against defensive coordinator Clayton White’s banged-up defense. South Carolina’s offense has all sorts of issues, but getting closer to four or five yards per play on first down would go miles toward opening up the playbook and, in theory, give the Gamecocks more manageable looks at third down.

FIRING MARCUS SATTERFIELD IS NOT THE SOLUTION AFTER THREE WEEKS

Message after message board has been ablaze since Saturday with folks crying out for the head of Gamecocks OC Marcus Satterfield to run him out of town. Just short of tarring and feathering the man before riding him out of town. In reality, Gamecocks should bounce back after wins over Charlotte or S.C. State the next two weeks, I just don’t see that happening.

To start with the Gamecocks' offense really has looked better in spurts compared to last year’s anemic group. The Gamecocks have averaged 32 points, 361 total yards, and 301 yards passing per game over its first two contests. It’s just a small sample size, but that’s compared to recording 22.6 points, 337 total yards, and 201.2 yards per contest a year ago. True the Gamecocks looked out of sorts offensively on Saturday. There were a handful of questionable run calls on third down (Beamer mentioned afterward that some of that had to do with telling Satterfield he had two downs to move the chains). Rattler was also all out of sorts.

However, give Georgia some credit. It annihilated a ranked Oregon team in Week 1, allowing just 313 yards of offense in a 49-3 season-opening demolition of former defensive coordinator Dan Lanning, now the head coach of the Ducks. That same Oregon team promptly picked up a win over then-No. 12 BYU on Saturday and has exploded for 1,047 yards in its last two contests (the other against FCS opponent Eastern Washington). The point is, that Georgia has made everyone look bad. Satterfield has certainly had his share of moments that warranted explaining, but Saturday is hard to read into beyond what might just be Kirby Smart’s machine dismantling another opponent. 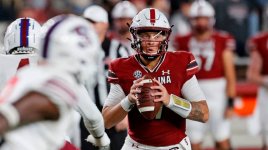 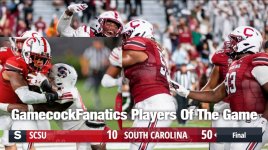 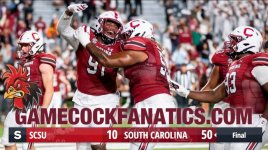 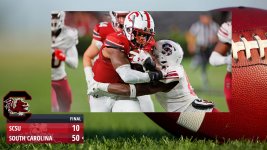 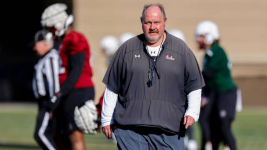