Coach Mark Kingston Tuesday morning released the completed slate of non-SEC games to go along with the league schedule which was announced in October.

The Gamecocks will open 2023 with a three-game series against UMass Lowell at Founders Park on Feb. 17-19. A pair of midweek tilts against Winthrop (Feb. 21) and Queens (Feb. 22) is followed by a weekend series against Penn (Feb. 24-26). Carolina will face North Carolina A&T on Feb. 28 before facing Clemson to start March. The in-state series opens Friday, March 3 at Clemson. Saturday’s game (March 4) is at Fluor Field in Greenville and the series will wrap up on Sunday, March 5 at Founders Park.

Carolina’s second double midweek of the season will start with a home game against The Citadel on March 7 and end back at Fluor Field with a matchup against USC Upstate on March 8. Carolina then takes on Bethune-Cookman on March 10-12 at Founders Park.

Carolina faces Charlotte on March 21 at Truist Field in Charlotte, where Carolina also will play North Carolina on Tuesday, April 4. Road matchups with The Citadel (March 28) and Winthrop (May 3) also dot the non-conference portion of the schedule. 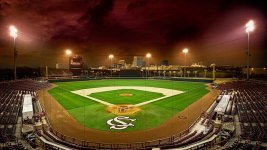 BASEBALL. SEPTEMBER 14, 2022 Gamecocks Announce 2023 SEC Schedule BIRMINGHAM – The Southeastern Conference announced its 30-game baseball schedule for the 2023 season this afternoon (Wednesday, Sept. 14). The Gamecocks will start the conference slate on the road, heading to Fayetteville, Ark...

BASEBALL. AUGUST 1, 2022 Gamecock Baseball Trio Back for 2023 Season COLUMBIA – James Hicks, Braylen Wimmer and Noah Hall of the University of South Carolina baseball team are returning for the 2023 season, they announced today (Monday, August 1). All three were selected in the 2022 MLB... 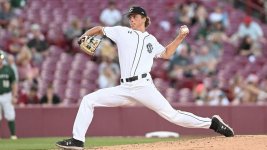