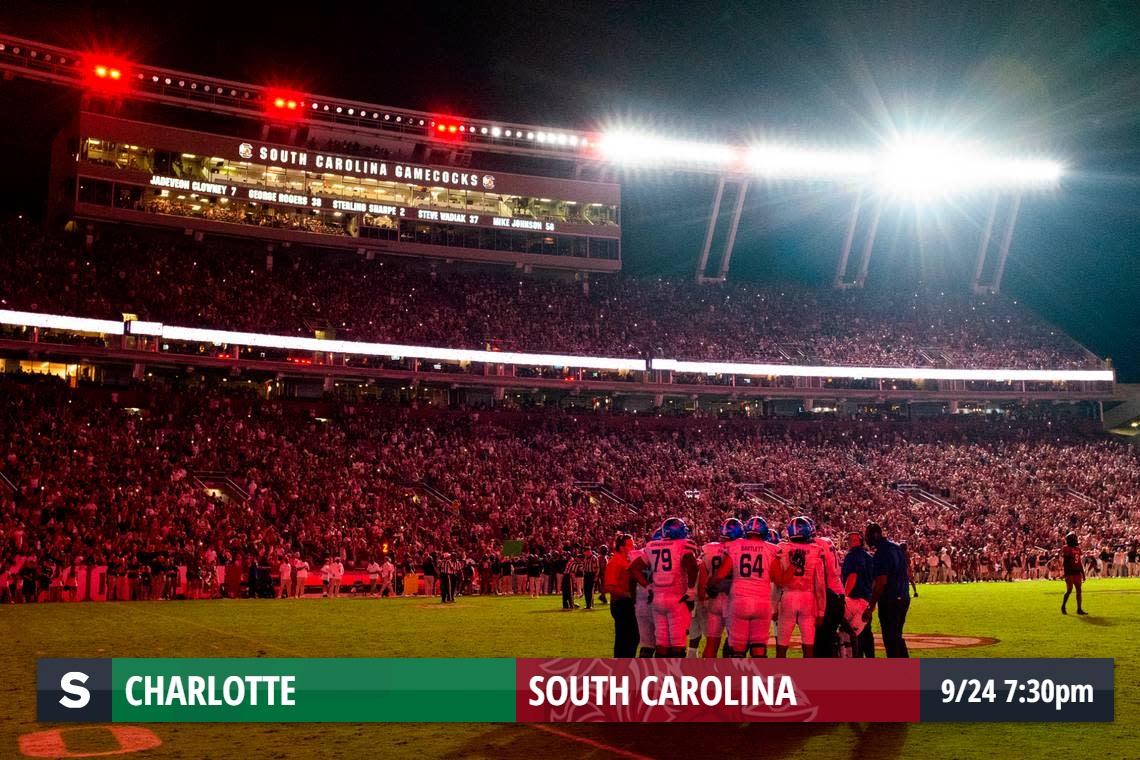 South Carolina has had its moments in 2022. It legitimately pushed a Top 10 Arkansas team for four quarters. There were glimpses of the gutsy plays that made the 2021 version of USC so dangerous in the season-opening win over Georgia State. Now, though, could prove a crucial stretch. The Gamecocks aren’t behind the eight ball. Bowl eligibility is still well within reach. That said, South Carolina can ill-afford a loss to a team ranked last among FBS teams in total defense. Satterfield has been maligned for the bulk of his year-plus as offensive coordinator. A stabilizing effort from his unit as the defense hopes to return some of the five starters that missed last week’s loss due to injury would do wonders. Healy is a good coach. His star has fizzled a little following a fast start to his now four-year tenure at Charlotte, but the 37-year-old knows how to coach offense. South Carolina shouldn’t have issues scoring Saturday, but don’t be surprised if Charlotte finds ways to put up some points in a loss. Let's dip in and see the staff GCF prediction vs. Charlotte

After winning the toss, we will elect to receive. Legette will make the catch and return it for a TD. And that will set the pace for the rest of the game as our garnet-clad warriors will proceed to score the next 42 points, unanswered. We'll see rushing TDs, receiving TDs, defensive TDs, and special teams TDs.

Going into the 4th quarter, we'll have the practice squad take a few snaps which will result in the first turnover for our offense. The ball will be spotted at the Charlotte 6-yard line, with mere minutes to go. Reynolds will take the snap to try for a long completion, but the pressure will be too much as he gets dropped for a sack in the endzone, resulting in a safety.

This is potentially an emotional letdown trap game for us after the UGA struggled last Saturday.

After 2 very tough SEC games, the Gamecocks regroup and take care of business. This will be a good confidence rebuilder.

Charlotte is not UGA, it's not Arky, and not GaSt either. Gamecocks cruise to a comfortable 38-13 win.

Defense finds it teeth, Rattler connects, Running backs finds there way to the endzone and scoreboard will see plenty of action Saturday night under the Garnet lights at Willie B.

This will be two teams who have been hurting to generate on the field, but the Gamecocks (1-2) should win this one comfortably at home against a smaller opponent who has played a weaker schedule. Both teams statistically are at the bottom of the national rankings offensively and defensively (South Carolina has a more decent passing defense), so it could turn out to be a slap-fight. I think Charlotte (1-3) will help our poor run offense get un-tracked, and our total offense put out a satisfactory output Saturday. We need to score early to get the momentum going: in the 3 games thus far, we've only scored 3 total points in the first quarter and have been out-scored 52-21 in the first half. I think things will look different Saturday night.