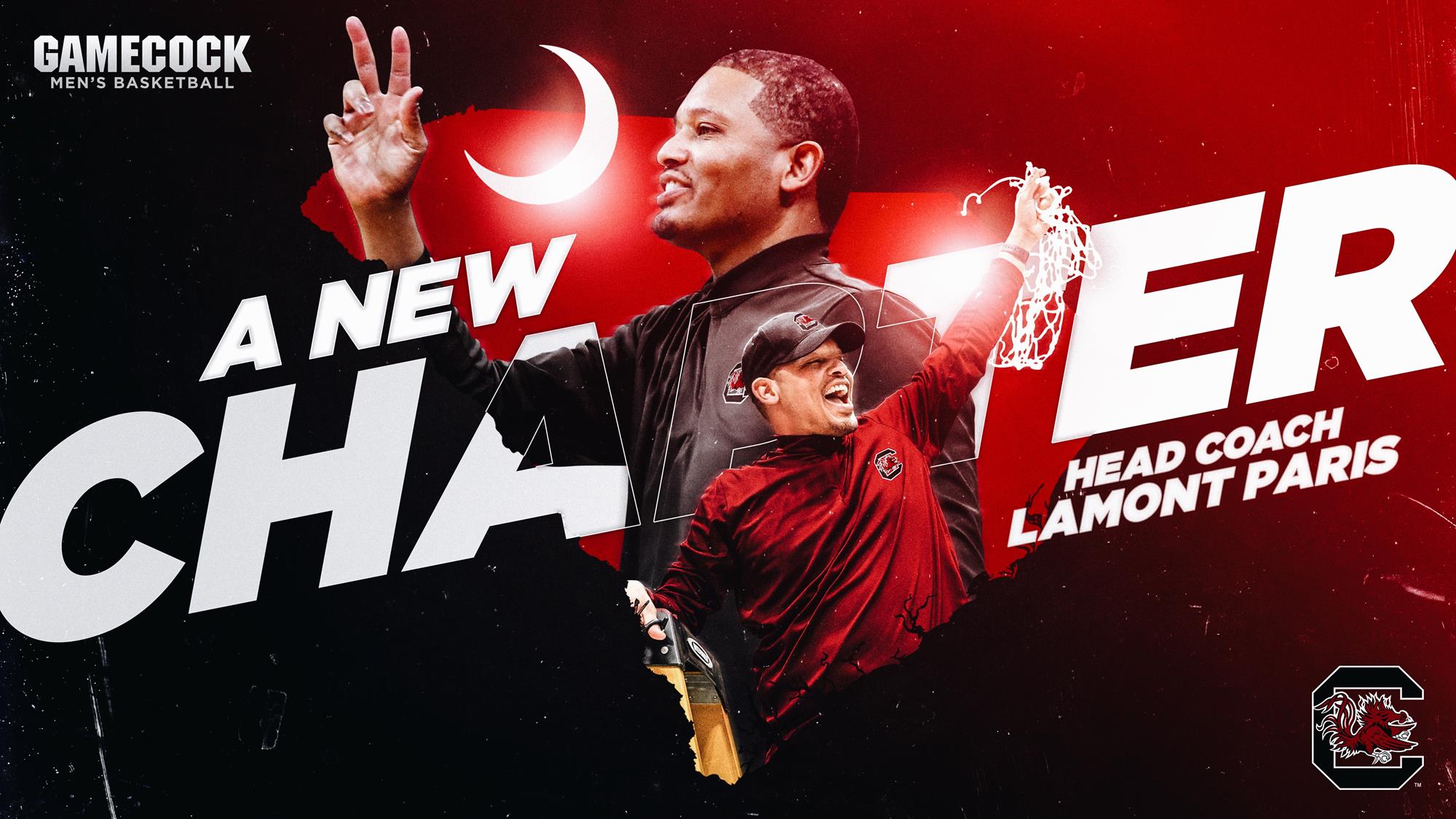 COLUMBIA, S.C. (March 24, 2022) — Lamont Paris, who has been a part of nine NCAA Division I Tournaments and 17 twenty-win seasons as a college head and assistant coach, has been named the University of South Carolina’s 33rd head coach, Director of Athletics Ray Tanner announced Thursday.​

Paris, 47, becomes the first African-American head coach in the history of the Gamecock men’s basketball program.

Paris comes to Carolina after five seasons as the head coach at University of Tennessee at Chattanooga, coaching the Mocs to an 87-72 overall record (.547), including a 65-29 mark the last three seasons.

This season, he led the Mocs to their first Southern Conference title and NCAA berth since 2016. Chattanooga finished the season with a 27-8 mark. He is one of 20 finalists for the Hugh Durham Award, given by CollegeInsider.com to the top Division I mid-major coach in college basketball.

The Mocs’ NCAA NET ranking improved in each of his seasons at Chattanooga, finishing with a 63 ranking this season.

In his 17 seasons as a collegiate assistant coach, teams associated with Paris were 497-217 (.696) with five conference titles and 12 NCAA Tournament appearances, reaching two Final Fours.

“Lamont Paris is the right choice to lead our men’s basketball program,” said Tanner. “When we began this search, I said we wanted to hire someone with a winning coaching history, who has the energy, passion and commitment to excellence in all areas of the student-athlete experience. Coach Paris checks all of those boxes.

“Lamont’s success on the court speaks for itself,” continued Tanner. “He has recruited and developed talent at the highest level, helping Wisconsin reach the Final Four on two occasions, and has taken his experiences under some of the nation’s top coaches to build his own winning program at Chattanooga. Off the court, he is first-class person who will embrace our community and the Gamecock Family. We believe he is one of the bright young coaches in the profession and we are thrilled to have him lead our men’s basketball program.”

The Mocs won the 2021-22 Southern Conference regular season title with a 14-4 record, and as the #1 seed in the SoCon Tournament, won the championship game with a thrilling 64-63 overtime win. Chattanooga’s Malachi Smith was the Tournament Most Outstanding Player with teammate David Jean-Baptiste joining him on the first team.

In a vote of the league’s coaches, Paris was named the SoCon Coach of the Year and Smith was the regular-season SoCon Player of the Year. Jean-Baptiste was also named to the Second Team all-conference squad.

“I am excited to be named the head coach at South Carolina,” said Paris. “The opportunity to build on what this program has achieved recently is exciting. While I am the head coach, I wouldn’t be where I am today without the many head and assistant coaches and student-athletes that I have worked with. I want Gamecock fans to know that we will have a program that you will be proud of and one that will compete for championships.”

Following the 2020-21 season, Paris was one of 25 coaches nominated for the Collegeinsider.com Skip Prosser Man of the Year Award, awarded annually to the NCAA Division I men’s basketball coach who also exhibits a strong moral character off the court. He was also one of 25 coaches nominated for the Ben Jobe Award, presented annually by Collegeinsider.com to the nation’s most outstanding minority men’s basketball coach in Division I.

Paris came to Chattanooga after seven seasons as an assistant coach at Wisconsin (2010-17). The Badgers averaged 27 wins per year during his tenure. Wisconsin won a school-record 36 games in 2014-15 finishing as the national runner-up a year after reaching the Final Four in 2014 and also reached four NCAA Sweet 16s.

Paris developed a reputation as a recruiter and developer of talent as an assistant coach. At Wisconsin, serving under head coaches Bo Ryan and Greg Gard, he was credited with keying efforts with All-American and current Phoenix Sun Frank Kaminsky, 2015 first-round NBA Draft selection Sam Dekker and Nigel Hayes, who is playing with FC Barcelona in the Liga ACB EuroLeague.

Paris is a member of the National Association of Basketball Coaches (NABC) and the Black Coaches Association. He was one of the five men’s assistant coaches selected to participate in the BCA’s “Achieving Coaching Excellence” program in 2007.

Additionally, in 2007, he was inducted into the Kaleidescope Magazine’s Forty-Forty Club, a list consisting of Cleveland, Ohio’s top 40 African-Americans age 40 and under who have made a difference in the community.

A native of Findlay, Ohio, Paris earned a bachelor's degree in business economics from Wooster in 1996 and a master’s degree in recreation and sports management from Indiana State in 2000. Paris played four seasons for Wooster and was named the team’s MVP and captain his senior season.

He was the team MVP and captain as a junior and senior at Wooster earning All-North Coast Athletic Conference honors both years. He helped the Scots to three trips to the NCAA Division III Tournament along with a couple of NCAC Championships. 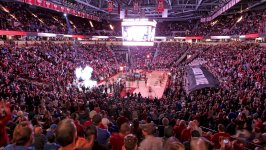 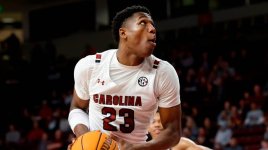 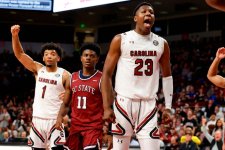 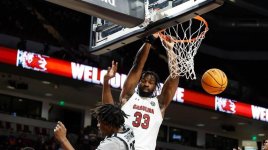 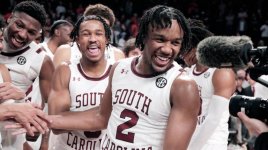