Quarterback options for the bowl game that could come into play 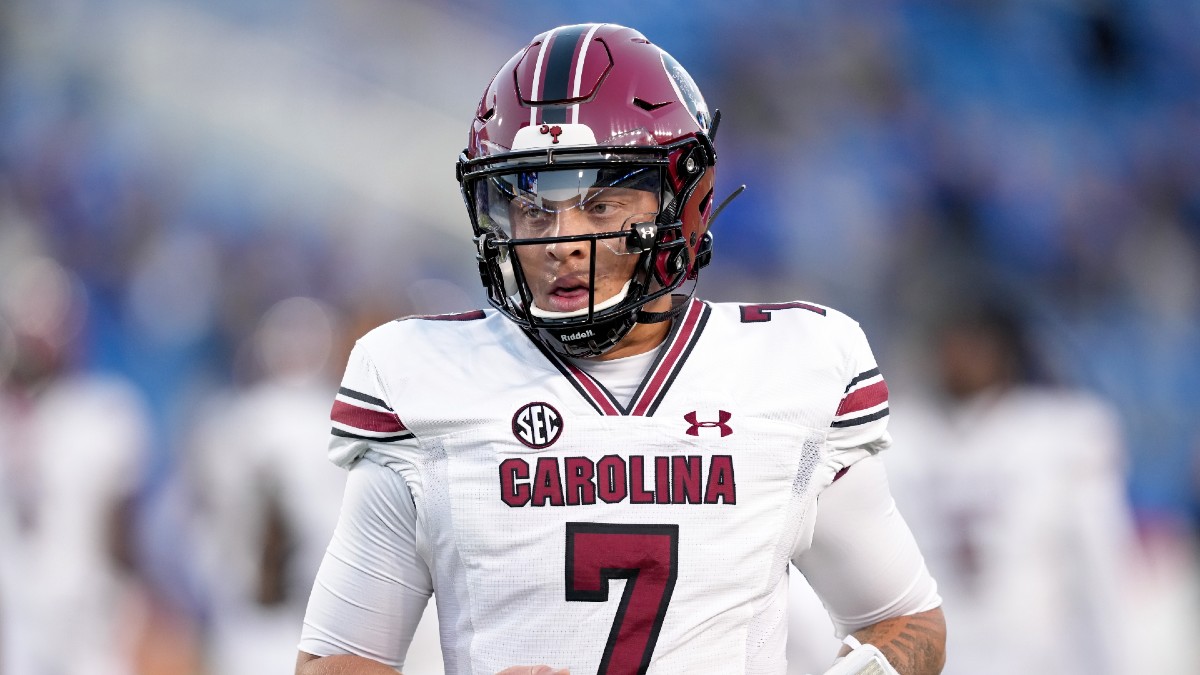 Quarterback options for the bowl game that could come into play
Nov. 03, 2022

Spencer Rattler hasn’t publicly made any NFL decisions, but whether he plays in South Carolina’s bowl game also stands to have a sizable effect on the program. Rattler has boosted his stock of late with a pair of wins over No. 5 Tennessee and No. 8 Clemson. Whether he would play in the Gamecocks’ looming bowl game, though, remains to be seen. Here’s a look at what South Carolina’s quarterback situation could be when they take the field for the bowl:

Best case scenario for the bowl game and the 2023 season included. South Carolina has seemingly found its groove with the ex-Oklahoma signal-caller under center the past two weeks. The Gamecocks have recorded over 1,000 yards of offense in wins over the Volunteers and Tigers, while Rattler has looked the part of the quarterback that Fans and Carolina wanted back when he committed last December.

This year has ebbed and flowed for South Carolina’s starting quarterback. But against back-to-back Top 10 teams, Rattler completed 54 of 75 passes (72%) for 792 yards, eight touchdowns, and just two interceptions. Again, the Arizona native hasn’t made any kind of public decision as to whether he’ll leave South Carolina or indicated he wouldn’t play in a bowl game. However, he’s dropped enough hints about his future, and the prevailing thought in Columbia was always that he’d play only one year. The least-complicated solution to the quarterback situation remains that Rattler plays one more game in garnet and black.

RATTLER OUT HEADING PRO, DAKEREON JOYNER GETS ANOTHER BOWL SHOT

Well, we all know how this went last time. Dakereon Joyner lit up North Carolina in last year’s Duke’s Mayo Bowl, completing all nine of his passes for 160 yards and a touchdown while adding another 64 yards on 10 carries. He was named the game MVP for his efforts. South Carolina has mixed Joyner into the lineup more of late, both as a receiver and quarterback of late. He’s played at least four snaps under center in each of the Gamecocks’ last four games and at least 29 overall snaps in each of those contests. Joyner is somewhat limited as a passer and would call for adjusting much of what the offense has done with Rattler at the helm. It worked a year ago, however, and maybe the best option if Rattler opts to not play as he instead prepares for the pros.

OR GO WITH LUKE DOTY

Should Rattler go Pro or Carolina want a more true quarterback for the bowl game, Luke Doty is the most obvious/experienced choice. Doty was slated to be the starter going into the 2021 season, but a foot injury during training camp limited him for the bulk of the campaign. He recovered fully over the offseason and has served as the Gamecocks’ backup quarterback all fall. The former Myrtle Beach High star isn’t lacking experience. He’s completed 139 of 228 career passes (61%) for 1,526 yards, nine touchdowns, and eight interceptions over three years at Carolina. That’s about as good as it gets for a No. 2 quarterback in the transfer portal era.

The general consensus around South Carolina is that Doty will be the starter in 2023, assuming Rattler turns pro. A bowl game would be a perfect way to segue from one signal-caller to another and give Doty a big stage and 12 practices to prepare for that moment. That said, there’s a caveat. NCAA rules allow for players to participate in up to four games, while still holding onto redshirt status and, thus, not making that season count toward their four years of eligibility. Therein lies the problem. Doty has already played in four games this year and a fifth would leave him with just one year of eligibility remaining. Joyner is going to graduate after this year and doesn’t have any kind of limitation as far as a redshirt. The Gamecocks could theoretically go with third-string freshman quarterback Tanner Bailey, though how ready he would be to play against the likes of Notra Dam or Florida St. which seems to be heading that way as of now.