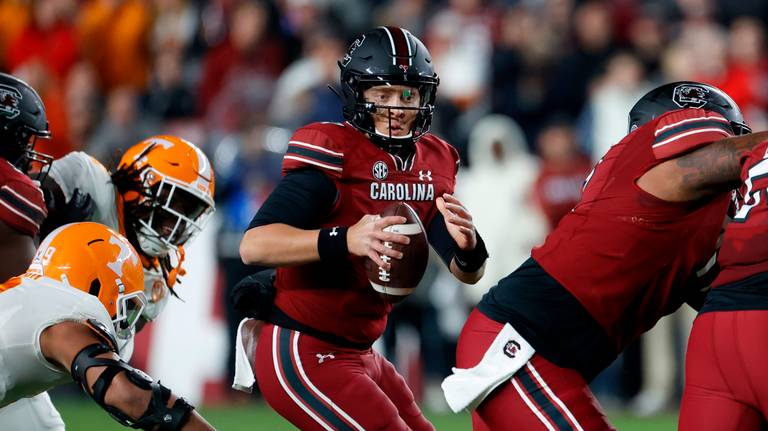 South Carolina’s Spencer Rattler is the Davey O’Brien National Quarterback of the Week following his sterling performance in the Gamecocks’ 63-38 victory over No. 5 Tennessee.

Against the Volunteers, Rattler connected on 30 of 37 passes (81 percent) for 438 yards and six touchdowns, setting career highs in completions, yards and touchdown passes. The junior also added 16 rushing yards and 15 receiving yards to finish with 469 yards of total offense. The 6-1, 215-pound junior from Phoenix, Ariz., had a total quarterback rating of 96.9.

The Davey O’Brien Foundation was created in 1977, and the National Quarterback Award, the oldest and most prestigious college quarterback award, was first issued in 1981. Over its time, the Davey O’Brien Foundation has given away more than $1.2 million in scholarships and university grants to help high school and college athletes transform leadership on the field into leadership in life.

In 1938, O’Brien, who wore No. 8 as a star quarterback for TCU, became the first player ever to win the Heisman Trophy, Maxwell Award and Walter Camp Award in the same year. He was inducted into the College Football Hall of Fame in 1955.