Rattler prepares to play Clemson for first time: ‘Everybody wants this game’ 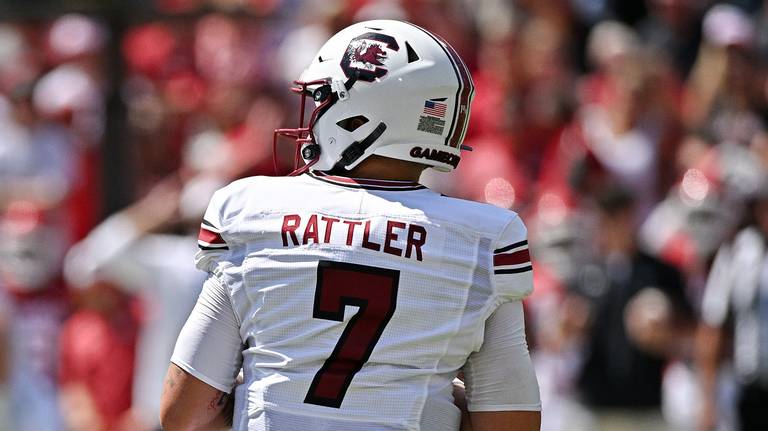 Rattler prepares to play Clemson for the first time: ‘Everybody wants this game’
Nov. 22, 2022

Spencer Rattler walked into a new culture when he transferred to South Carolina from Oklahoma. A big part of that culture is the yearly Palmetto Bowl. USC will face rival Clemson on Saturday for the teams’ 119th meeting — and Rattler will be part of the game for the first time. “It’s gonna be a crazy environment down there at Clemson,” Rattler said. “We’re looking forward to the opportunity.”

Rattler’s been apprised of the rivalry’s tradition, but he said he and the Gamecocks are staying focused on themselves. There are no “Beat Clemson” signs around the football facility for the Gamecocks, but Rattler understands that people in South Carolina take the rivalry seriously.

“Everybody wants this game,” Rattler said. “This is something we all want to win. We want to go in there and play at a high level.” Rattler has been introduced to a few SEC rivalries since he arrived in Columbia. His first conference game was against Arkansas, a team the Gamecocks used to play every year. From there he quarterbacked the Gamecocks against such SEC East foes as Georgia, Kentucky, and Florida.

Rattler had his best college game against Tennessee last week, throwing for 438 yards and six touchdowns both career highs. “I think we had a great plan last week,” Rattler said. “Everybody was on the same page. ... We need that same thing this week.”