Chizk is a mystery to Gamecocks

The Gamecocks open the 2015 season at 6 p.m. Thursday against the Tar Heels at Bank of America Stadium in Charlotte, N.C.

Sure, you could go back and watch tape from his Auburn days. But those defenses were coordinated by Ted Roof and for one year, Brian Van Gorder.

You have to go back to Texas, which was a decade ago to find any sort of film of Chizik as a coordinator.

“Going into this game is like going in blind,” offensive line coach Shawn Elliott said. “You really don’t know what to expect.

“It was so long ago that he coordinated a defense. I’m sure he had his hand on a few things when he was head coach at Auburn. We have to be ready for everything. They can only put 11 out there, so we feel fortunate that we’ve practiced against about everything that you can do. There are going to be some things that we’re not prepared for, we’ll have to make adjustments.”

Spurrier mentioned that he and his staff had watched a little from Auburn, but said he expected the Tar Heels to throw a lot of "different things" at the Gamecocks offense. That would be wise considering South Carolina will start a quarterback in Connor Mitch who has only thrown six passes in his career.

One thing is certain just from an observation standpoint. While North Carolina will rebuild its defensive personnel over time, this defense will be far more disciplined and well-coached than the one the Tar Heels had last season. That was obvious as early as the spring.

Thursday's game will be televised nationally by ESPN. 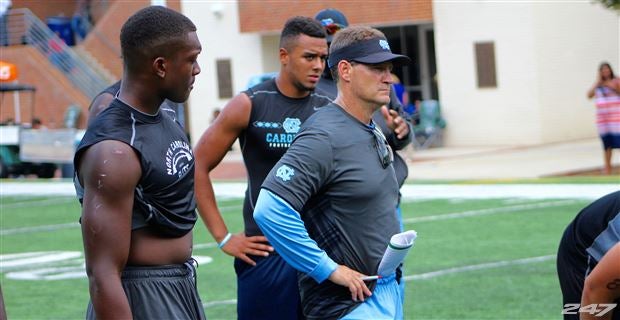 Don't worry dew, mitch will perform at least 3 times better than chizk, because he's a gamecock and gamecocks are fighters